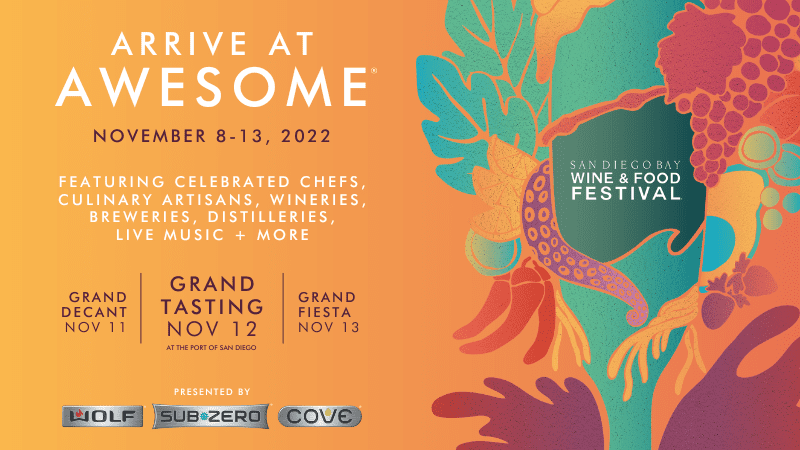 A newly expanded event, Grand Fiesta showcases some of Mexico’s best cuisine, wine, and spirits. Dance your way through expertly crafted culinary stations curated by chefs from throughout San Diego, Southern California, Baja, and beyond while enjoying live musical performances from bands like Bulevar Descarga. This year, the festivities include a spirits of Mexico pavilion featuring craft spirits and distillers from throughout Mexico and the annual Taco TKO competition to crown San Diego’s most awesome taco.

The event is finished.